Today I present you one more recipe of my grandma, this time sponsored by Hofer Austria! I tried out a recipe for traditional cabbage roulades with winter veggies from the oven! Cabbage roulades are the ideal comfort food for cold winter days. A stuffing of ground meat, spices and eggs is filled into boiled cabbage leaves. These are wrapped with bacon and steamed with some soup in the oven. (Nothing can go wrong when there’s bacon in it, right!?) 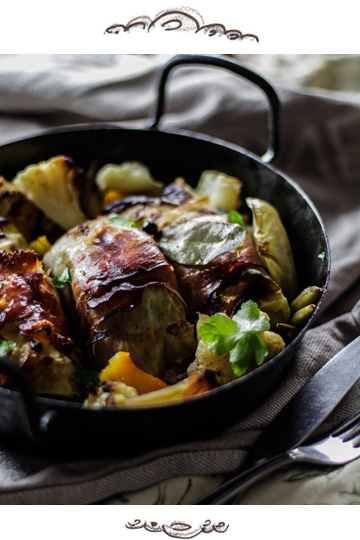 But I have chosen a mix of different winter vegetables, which can be steamed or roasted in the oven. I decided to go with butternut squash, cauliflower, turnip cabbage, soup vegetables (carrot, parsley, turnip, parsnip,…) and green beans.

Very good for oven-roasted veggies are also the following: potatoes, sweet potatoes, beetroot, Jerusalem artichoke, fennel, onion, … I don’t know why, but veggies tastes so much better when made in the oven! (Compared to boiling in water…) 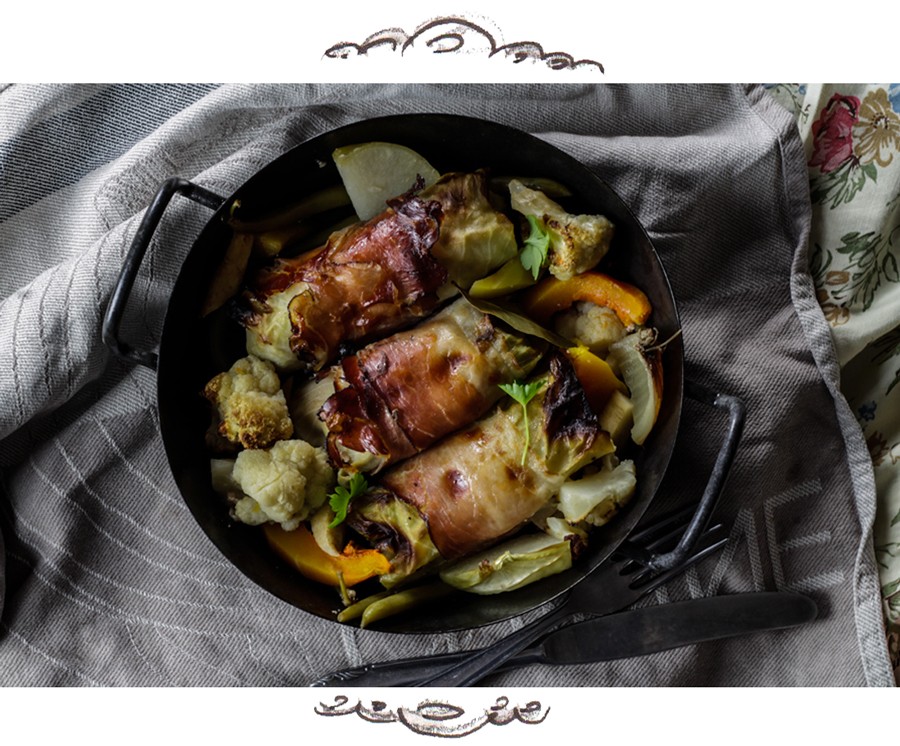 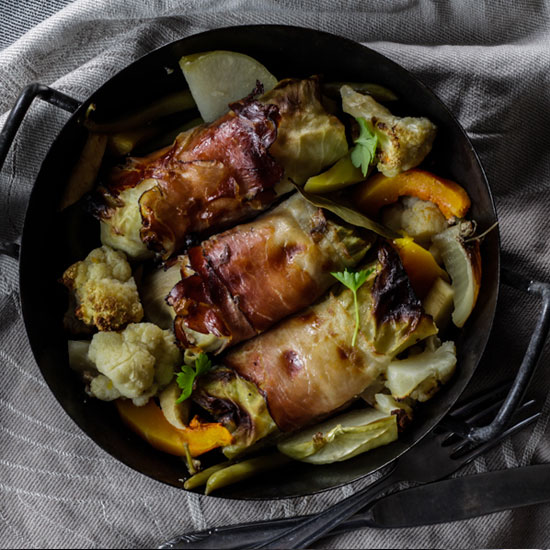